It’s a question that seems too horrible to even contemplate: is school stress causing our kids to commit suicide? But the little evidence we have suggests that figuring out how school affects our kids’ mental health should be a top priority.

As I wrote in Dying to Win, one study found that for American high school students, the suicide rate is higher when school is in session. In their paper entitled, “Back to School Blues: Seasonality of youth suicide and the academic calendar,” researchers Benjamin Hansen and Matthew Lang set out to determine why the “suicide rate of 15-19-year olds tripled between 1950 and 1990” even as the rates for older people dropped.

In a study they believed to be the first of its kind, they looked at relationship between school and youth suicide. They found that “during the months that students tend to be on break from school (June, July, August, and December), youth suicide is significantly lower than the rest of the year.”

While the exact cause for this patter is difficult to determine, the researchers did notice the effect of education policies aimed at helping kids get ahead by spending more time in school. They observed, “The results above not only show a distinct drop in suicide during the summer months, coinciding with a break from the stress of secondary school, but may help explain the recent rise in youth suicide over the past half-century as the length of the school your increases and academic standards rise.”

So what’s behind these new numbers? It’s impossible to know exactly. But we need to be asking serious questions about the pressures our children face—including school stress. 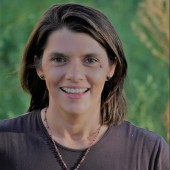 All stories by: Teri